Down The Path To Becoming More Inclusive 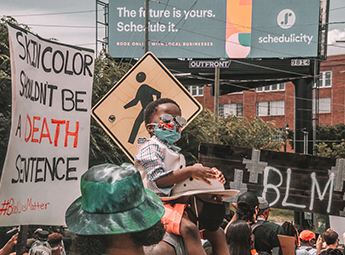 Down The Path To Becoming More Inclusive

Since the death of George Floyd, more than ever, corporations and organizations all across the United States  have taken active steps to gear up and jump on the proverbial band wagon to promote the advancement of equity and inclusion in their work settings.  Just like a knee jerk reaction, HR departments have responded swiftly to implement policies and programs to assure employees and potential applicants that their companies are places where inclusion and diversity is honored and openly  cherished. However, what many  leaders of these organizations sometimes don’t understand is that until an impartial outsider can come in and objectively uncover how inclusion or the lack of it is practiced, no one in the company will clearly understand how to take positive steps to ensure that people of color are psychologically safe at all levels the company.

I have worked at many companies in my career as an educator, and for the most part, I have experienced situations where I was not treated equitably because of my color, despite the fact that I out performed my peer administrators. Unfortunately, when I filed complaints about inequitable treatment, I – for the most part – was ignored and treated like I was imagining these microaggressions.  The responses I received even from my best intentioned colleagues was that there must be a reason that I was treated this way, by my boss or co-workers. In many cases, I strongly believe that my grievances were not taken seriously because I was the only black person/ person of color in the entire organization.  Nonetheless, what I have come to realize is that until the leaders at the top of the food chain decide to genuinely promote diversity and inclusion, positive changes across a wide spectrum of people in the organization will not change.  One example I can clearly recall is when I worked at a big college in Southern California where allegations of racial abuse had happened against black employees and students. Over 20 lawsuits had been filed against the college in a short period of time and the there was ongoing racial strife at all levels of the college from the Board of Trustees down to the janitorial staff.  Unfortunately, these lawsuits  were not resolved until a DEI consultant came in  and interviewed hundreds of employees across 4 racial constituency groups (white, LatinX, Asian, and Black)  who represented faculty, staff, and management.  Once all of the discussions were cross examined, synthesized, and analyzed, it was found that the college was fraught with a climate of severe anti-black racism, that could in no way  be denied once all of the stories were confirmed to be true.  It was from this report, that the college did an about face and the Board of Trustees and leaders re-developed their mission and focused on restoring a sense of racial justice and inclusion for all people of color.  What I came to realize is that in order for organizations to become more inclusive, they must seek to understand what is the status of their racial organizational climate, and that can only happen when an external DEI champion is given a chance to understand the racial narrative of the people that comprise the institution. That is the first step in unraveling how to get the organization on track to becoming a place that accepts the contributions and protects the rights and privileges of all of its employees  – regardless of race, ethnicity, or color.

One thought on “Down The Path To Becoming More Inclusive”